The End of Carporate Welfare

Brief History: The highway system was created with federal funds to build out the infrastructure of an interconnected nation. Maintenance and upkeep was to paid for with proceeds from the gas tax. Federal (non-gas-tax) dollars have continued to pour in, and now, gas tax / user tax accounts for just over half of the cost of these roads. Shortcomings to the funding model include:
--increased vehicle efficiency (reducing the amount of gas tax collected per mile)
--increased cost of road repairs (due to the increased cost of asphalt a petroleum based product, and the increased cost of fuel needed to power road maintenance equipment)
--increased road damage from heavy vehicles
--legacy of underfunded infrastructure problems (bridge repairs)
--fact that gas tax is not keeping pace with inflation

Problem: The road and highway system has skyrocketing costs, and no revenue to match those costs to balance the DoT budget.

My fair Solution: Implement a usage fee for the roads. 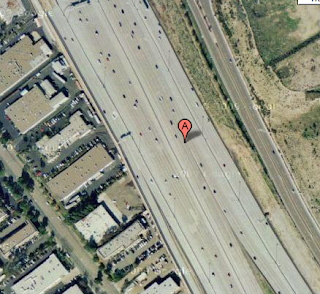 Details: Every million dollar highway onramp,  offramp, third lane, or 21st lane wasn't free, and upon entering the highway, thus begins a ticker counting the miles, the level of congestion, and each multi-million dollar bridge in need of expensive maintenance crossed that is tallied and added to a vehicle's monthly bill. It will be cheaper to use the road when snow trucks don't need to plow it, it will be cheaper to use it when there is less congestion, cheaper for small and lightweight vehicles which cause light road wear, but it will be more expensive if you're vehicle is so heavy is causes dollars of damage to the road and bridges each mile. Perhaps causing some to reconsider using the highways due to how "cheap" it is.

Essentially, all highways become toll roads, and heavily used roads will have the money to repair themselves, and users pay for what they get, as opposed to charging non-users. But we're all users, as the groceries being delivered the the grocer via truck will have the modified transportation cost factored into the cost of the goods. But general taxes could fall as tax dollars don't have to chase after our roads. Since payment for the roads are grounded in the reality of "this is the value according to users based on usage, this is the revenue brought in, this much of my maintenance is paid for just be usage, the rest can be from gas tax, and if the remainder goes unfunded, that road shrinks and more heavily used roads expand and improve where appropriate". A bridge to nowhere wouldn't need the data of a feasibility study to suggest its shovel-readyness if it doesn't have the money from user fees in the area to expand the road system.

City streets / surface streets can have a monitoring mechanism that tracks which users are going over their intersections, tacking on a minimal cost for usage of roads. Money goes towards municipality responsible for upkeep of that road.

Hidden Agenda (exposed): I believe in natural selection, the free market, or rather natural efficiency of certain modes of transportation. Some have a competitive advantage, that can't be expressed to an inferior, but highly subsidized alternative. My thinking is that transit and rail can be clear winners, once the true costs of transportation are factored in. Which gets me closer to my goal of being able to nap, read, socialize, drink, or program while commuting, instead of defending myself from all the bad drivers on the road who put other's lives at risk. Secondarily, to save the planet, the country from economic failure, and improve the quality of life. There is probably some very cool people traveling from where you're coming from, and where you're going to, but if we all live in aluminum bubbles enclosed and separated from each other, we become isolated, and less social, which is the opposite of what people are supposed to be really good at doing.


Counter argument to rural areas that won't have the numbers to support their highways: There's nothing I love more than undisturbed nature, and nothing I hate more than urban sprawl. I would say dirt roads are pretty cheap, and that people are mighty happy bumping around in their heavy duty pickup trucks. Why not leave them some terrain to "off-road" it. Goods/grains/cereals can be shipped via short line rail from the rural areas to the denser areas for sale and distribution. If you live in the rural area, you're not supposed to be going to the city every day, and city folk, they don't go to the country every day. A nice scenic drive is good for the soul, and good for photographs.

Implementation Ideas for said plan:
1) Cameras on highway onramps and offramps that scan the license plate
2) EZPass embedded into every onramp and offramp, every city intersection with a signal.
3) GPS integrated with the vehicle to upload driving data to Department of Transportation.

Informational Assistance: Now that the drive has a cost, in addition to the price of fuel, this opens the door for Google Maps to integrate the cost of tolls/fees into your driving directions, so that motorists, and businesses alike can better plan for what is better for them. Are roads really faster AND cheaper than bus/train/plane/biking/walking. And takes some power out of earmarking bureaucrats from mismanaging funds, by linking expenditures with revenue.

Last word: This levels the subsidized playing field for businesses and people to choose the most efficient (cost, time, safety, ...) of all modes of transportation. I also see this reducing the cost to the state, local, and federal taxpayer, as the cost for our roadways shifts to those using them. Truckers may be in favor of this in the sense that their barrier to entry, registration fees, can go down, as the road maintenance fees don't need to come from vehicle inspections, but from miles driven. It can also reduce the amount of petroleum consumed in the country, as we shift from driving to transiting.


The points made have been researched, and are not simply unpublished personal findings, but the work of giants before me. I would be glad to quote sources upon request.
0 comments